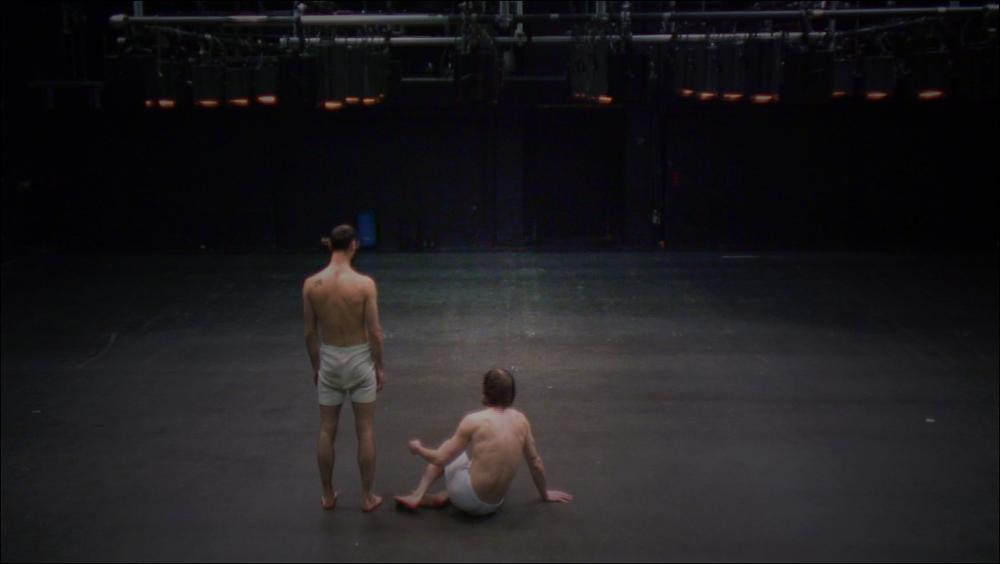 “The Ballet of Sam Hogue and Augustus Benjamin” explores the artistic practice of systems of non-representational physical communication between performers.

These systems are based on the constant exchange of kinetic information in between performers using repetition as a motor for development. Every movement performed by one of the performers, is informed and affected by the movements of the other performer. Every movement performed is different, but also retains certain information from the previous movement. This “modus operandi” allows an ever-regenerating flow of kinetic information, creating multiple meanings/readings, levels of abstraction and sensation for the viewer, while remaining in its core a non-referential kinetic communication system. While performing the system, every stimulus is perceived and processed in real time, always shaping/forming information while attempting not to name it, engaging in a ritual physical “discussion”, embodying relational phenomena in between two people and trying to process what we understand, as well as what we don’t understand. This work was premiered at the WUK Wien in March 2011.