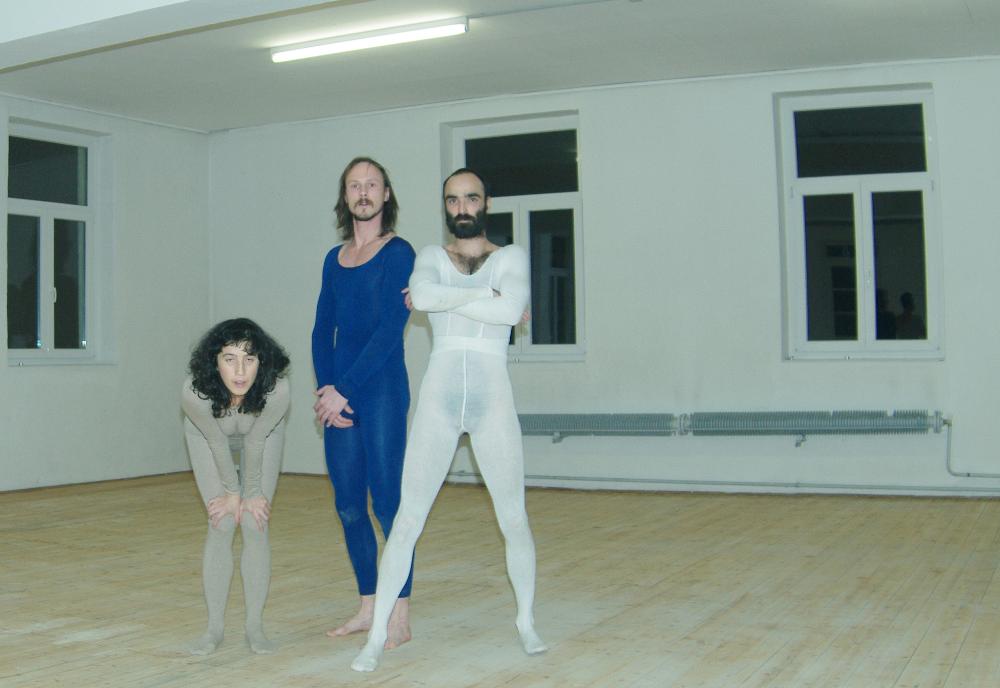 The Ballet of Albertina Macchiavello, Johnny Mclay and Ignatz von Stereo is the second stage work of the ongoing artistic collaboration between Thomas Steyaert and Raúl Maia. Together, Steyaert and Maia explore the artistic practice of non-representational, kinetic communication systems. For this work they have made use of a minimal sense of progression that allows the audience to witness in real time the birth and decay of a physical language. They also propose to reconsider the standard relationships and hierarchies between the physical performance and elements such as light and sound design. The aim is to expand the notion of communication systems to all elements on stage, creating a sense of equality between media and performers by establishing real-time operated dependencies in between the different media present in the performance. This work was premiered in WUK Wien in February 2013.

With the kind support of Kulturabteilung der Stadt Wien (MA7)

Thank you to Herbert Gnauer and Tomate van Monte for the Technical support.